Everything comes in circles…..The old wheel turns and the same spoke comes up. It has all been done before and will again”…

“THE VALLEY OF FEAR”

For those who came late….

The US economy was on cloud nine in 2008, having enjoyed the longest expansion since the Dot-Com bubble. Policymakers and investors believed the economy had grown to the next stage and that present levels of performance were sustainable. Housing prices, value of real estate steadily rose during this period thanks to the low interest rate regime in response to the crisis of 2000. Greedy Bankers introduced high risk derivative products keeping the mortgage loans as collateral. According to them there was no risk as long as housing prices remained buoyant, and it was stupid at that time to even imagine a decline. So, in order to create more derivative securities banks had to issue more mortgage loans. Banks were allowing several hundreds of thousands of people with questionable credit to take out loans. The more home loans banks lent, the more Mortgage-backed securities (MBS) they could trade.

These MBS were owned by the so-called intelligent investment community which encompass: hedge funds, financial institutions, mutual funds, corporate treasuries and even conservative pension funds. The insatiable demand for them led to banks cutting up several mortgages, packing them in ever increasing portions of subprime along with highly rated paper to give it a safe appearance while making it impossible to price.

In an unbelievable turn of events, housing prices faced a landslide fall of 31% after peaking in April 2007. Derivatives lost their value at an exponential pace, banks decided to stop lending money to each other based on these (now) worthless MBS’ as collateral. Interbank borrowing costs spiked with mistrust taking over the banking community pushing markets into the crisis of 2008.

Now the Fed and Government had gotten into a crisis of proportion, it had created a real Lernaean Hydra. The crisis was considered next only to the Great depression. Frantic measures were undertaken post the closure of Bear Sterns and Lehman Brothers. One such measure was the very unconventional Quantitative easing (QE) policy. The Fed planned to increase liquidity through successive purchases of long maturing assets and mortgage-backed securities. It declared that once it witnessed a significant effect on inflation and employment the easing would gradually be phased out. However, the envisaged phase out never happened and the Fed Balance sheet ballooned to gargantuan size.

To put things in perspective, when QE1 began in November 2008, the Fed and Treasury approved a total spend of $605 billion in its bailout plan that swelled to at least a $100 billion more. The Fed bailed AIG out with $182 billion, $140 billion was rushed from money markets to treasury bonds. By the end of QE1 in June 2010 The Fed had injected $2.1 trillion into the economy. The economic de-growth of -2.8% witnessed in 2009 was reversed to a growth of 2.5% in 2010. However, in just three months after the end of QE1, the Fed posited that the economy’s growth was currently too weak to be sustainable. It began QE2 by purchasing $600 Billion of Treasury securities and further reinvested its proceeds on earlier investments of the tune of $300 Billion. It decided to stretch the plan over the next eight months until June 2011 at the end of which its total assets held stood at $2.8 Trillion.

Fears of runaway inflation were calmed as the fluctuation in consumer prices were contained in the range of 1-4% since its reversal from -2% in mid-2009. However, this did not satiate the Fed and its concern on economic growth. It initiated the final stage of easing in the form of QE3. By 2017 the Fed balance sheet had grown over $4.5 trillion significantly higher than the $800 billion it held before the financial crisis and the beginning of its stimulus. Interest rates were brought to zero levels in an attempt to bolster growth and to favor investments. 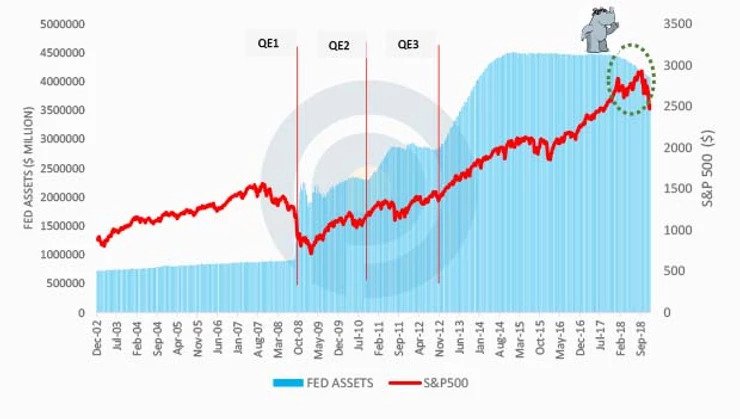 The low interest rate regime and heavily inflated balance sheet severely affects the Fed’s ability to counter cyclically influence the economy in case of a recession. Taking cognizance of the situation it has started to reverse its accommodative stance. At the end of December 2018, the assets in the Fed’s balance sheet shrunk by about 10% to $4.07 trillion, its lowest level since the end of 2013. This evidences the Fed’s intent to shed its role as the “convexity supplier of last resort” and emerge as a manager of convexity instead. Further it began raising the funds rate in December 2015 from 0% to a range of 2.25-2.5% as of December 2018.

The Fed’s normalization will result in long-term interest rates slowly rising to a point that resembles historic rates. By doing this, the Fed’s policymakers intend to free up balance sheet capacity in case of future recessionary needs but mainly also put an end to hot money flows.

Impact on the markets

Growing liberalisation and international trade have brought Global financial relationships closer especially for developing economies. US monetary policy has been found to be a key trigger amongst other factors affecting investors risk preferences. The taper tantrum is on the rise again. S&P 500 is facing jitters at the top. It declined by over 10% in December last year, one of the biggest falls in recent times. Our markets are not alone, RBI on its part will follow the Fed and prop up its rates to maintain parity and save the Indian Rupee. Higher interest rates mean higher costs. Corporate earnings which has already been lull over the last few years will further decline and any increase in market price will only create a bubble-like scenario.

Michele Wucker in her book titled “THE GRAY RHINO: How to recognize and act on the obvious dangers we ignore” aptly places more importance on the evident dangers that are right in front rather than identifying hidden or imaginary risks. Shrinking of the Fed balance sheet is truly one such “Gray Rhino” that is marching head on towards us and we need to be prepared to face it or get bulldozed. 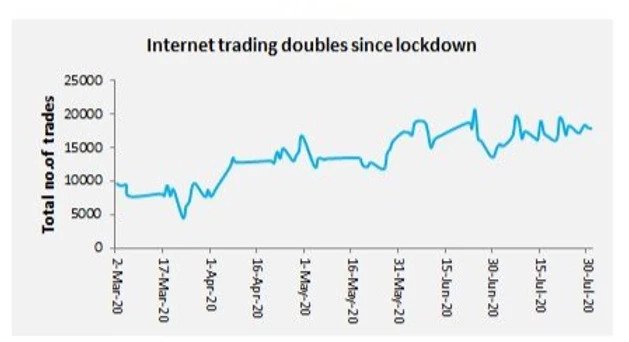 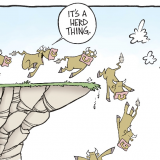 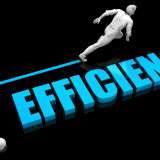